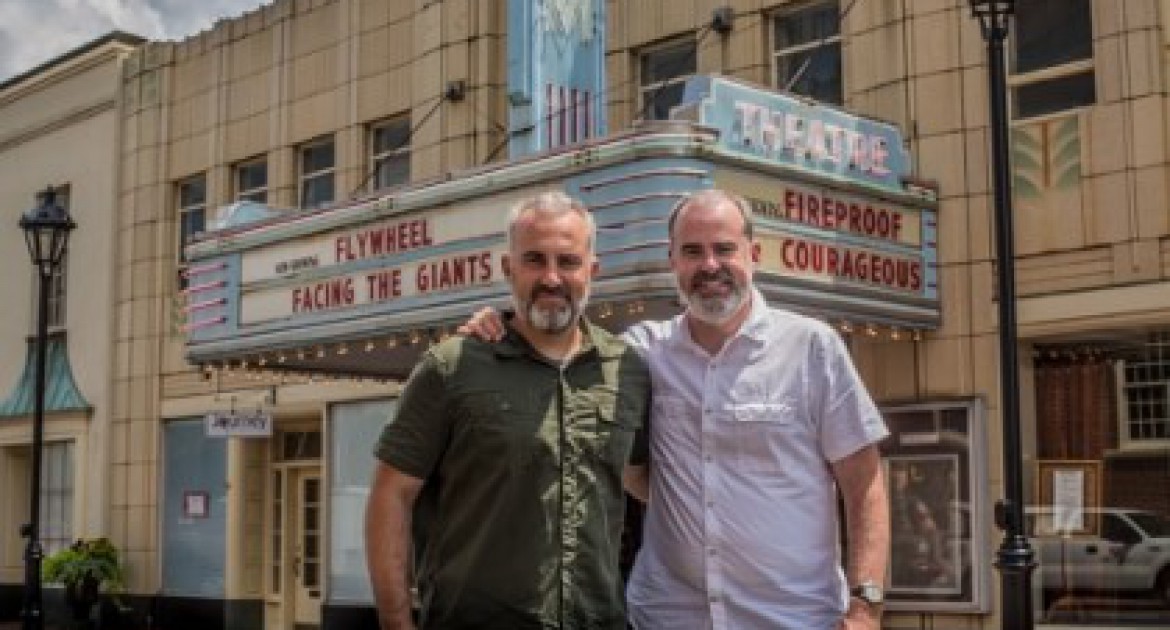 Last summer redFONT owners, Jim and Melody Quick, were part of the movie crew that worked on the upcoming Kendrick Brother’s film War Room. What’s it like on the set of a Kendrick Brothers’ movie? Check out Alex and Stephen video as they recap their first week of filming. War Room in theaters beginning August 28!

The Kendricks launched their film careers with FLYWHEEL in 2003. Intending only for a single showing at their church, they were surprised by demands for additional screenings and then extensive DVD sales. A theatrical release—FACING THE GIANTS—followed in 2006. And then, in 2008 the brothers shocked the film industry with FIREPROOF, a faith film that took in $33.4 million at the box office and was the No. 1 independent film of the year.
With COURAGEOUS in 2011—their fourth film— earned $34.5 million at the domestic box office and became the No. 1 selling DVD in the United States.

In 2013, with the blessing and support of the Sherwood family, the brothers stepped out beyond Sherwood Pictures, the movie ministry of Sherwood Baptist Church, to establish Kendrick Brothers Productions. “Sherwood is still our church home, and we’re here talking to you now only because Michael Catt, our pastor, took a risk, supported us and let us make a movie,” said Director and Co-Writer Alex Kendrick.

Each Kendrick Brothers film explores a subject deeply important to Christians and the Christian life: personal integrity in FLYWHEEL, resilient faith in FACING THE GIANTS, loving marriages in FIREPROOF and heroic parenting in COURAGEOUS.

In War Room, the subject is the need for families to have a commitment to and strategy for prayer. A family-friendly drama, the film is about learning to fight the right kinds of battles. Filled with humor, wit and heart, it follows Tony and Elizabeth Jordan, a middle-class couple, and their daughter, Danielle, as they struggle through personal, marital and spiritual issues. Their lives are forever changed after Elizabeth meets an elderly widow who helps her develop a secret prayer room in her home.

This film’s focus on prayer strategically highlights a subject of interest to a majority of Americans. According to a National Opinion Research Center survey on frequency of prayer, nearly 90 percent of Americans claim to pray regularly. Some 60 percent say they pray at least once a day, for Christians that number grows to 84 percent, according to a U.S. News and Beliefnet online poll. Almost 80 percent of American Christians say they pray most often at home.

“We made this film to inspire, challenge and motivate families to fight the right kind of battles and to fight them the best way possible,” said Alex Kendrick. “We have plans for everything—careers, finances, health, but what about a strategy for prayer for our lives, our spouses and our children?”
“We’ve seen the power of prayer clearly at work in our personal lives and on every movie so far. We’ve seen God provide unique storylines, production funding, locations, uniquely prepared cast and crew, an international distribution pipeline, and a world-wide outreach in direct response to prayer,” said Producer and Co-Writer Steven Kendrick, “We give God the Glory for all of these blessings!” 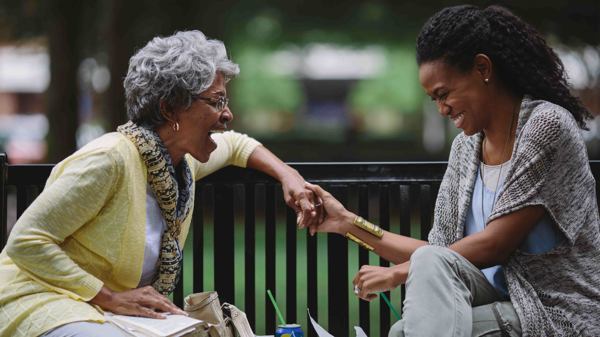 The film features New York Times best-selling author and Bible teacher Priscilla Shirer in her film debut. “I’m honored to be working with the Kendricks, and to be part of a story that encourages people to pray,” Shirer said. “Prayer is the most powerful weapon the church has to unlock the activity of heaven on earth.”

It introduces film newcomers comedian Michael Jr. as Michael and Alena Pitts as Danielle, and features a cameo by renown speaker Beth Moore in her first acting role. “It’s time for fierceness in prayer, and I cannot think of a more crucial message for a movie to convey,” Moore said. “God waits to see a generation that will take Him at His Word. Let’s be that generation.”

“We’re going after something here that could radically improve our culture, and moviegoers will experience it within the context of an inspiring and emotional story,” Stephen Kendrick said. “Prayer is so much more than people realize. It can powerfully affect every problem and need in our lives if engaged from within a vibrant relationship with God.”

“The Kendricks scouted several cities in Georgia and Alabama,” Co-Producer and Huntersville resident Gary Wheeler said, “but the film-friendliness of North Carolina landed them here in Charlotte.”

“We found everything we needed to produce this movie here,” said Stephen Kendrick, “the homes, businesses and even our Miss Clara; we’ve been blown away by Charlotte. God is clearly at work here in so many ways.”

As with each of their productions, the Kendricks hope their presence is a boon to the local community. And for one area homeowner it clearly was.

“We found a beautiful house on Grove Avenue in historic downtown Concord,” said locations manager and owner of Charlotte-based redFONT Marketing Group Jim Quick, “It had been on the market for almost a year without a single offer. The art department fully furnished it, and we prayed God would bless the homeowners. The day after we wrapped that location, the house sold.”

Filming in downtown Charlotte and in Kannapolis, Concord, Hickory and Huntersville, the Kendrick Brothers Productions project spent three months in the area and employed a cast of 45 and crew ranging between 85 and 100 people. It drew more than 1,000 volunteers from 85 churches in the Charlotte area that stepped up and reached across denominational lines to support the production.

For War Room tickets find a theater near you. If your local Charlotte church or group needs assistance with group sales or private screenings please contact redFONT.